Top 10 Basketball Anime Series That Are A Must Watch!

Basketball is a sport that captivates both the audience and the players. And there are many basketball fans all over. In that case, our anime experts have proposed a bonus for both basketball fans and anime enthusiasts.

There are numerous basketball anime series that are quite enjoyable to watch, and some of them even feel realistic. Our researchers compiled a list of the best and most popular basketball anime of all time after carrying out extensive research and speaking with basketball enthusiasts.

The game, friendship, narrative, characters, and a variety of other factors have helped propel this anime to prominence. There are multiple reasons that basketball is an amazing sport.

Basketball is the best sport because it requires a lot of teamwork while also allowing individual talent to sparkle. And that’s the sport that everyone likes.

10 Best Basketball Anime Of All Time

We have compiled a rundown of a total of the ten best basketball anime that is a must-watch. We have also mentioned the narrative to make it easier for the spectators to understand.

The anime mentioned is widely liked by basketball enthusiasts and has even won awards. Plus, the character development will keep the spectators engaged. Let’s get right into it.

Kuruko’s Basketball is considered one of the best basketball anime of all time. Taiga Kagami and Tetsuya Kuroko aspire to lead the Seirin High School basketball team to the next level. Kagami is a star player, but Kuroko has a hidden talent.

As the anime progresses, his abilities become clear. The high school basketball team is attempting to qualify for the national championship. That’s another interesting aspect to explore. According to the spectators, the entire anime is astounding and must be seen.

The character development is fascinating, and spectators may be able to relate to them in real life. Not only that, but Kuruko has an incredible backstory. The plot will keep the audience on the edge of their beds and will most likely result in binge-watching.

The story revolves not only around Kuruko, but also around other characters, implying that there is more to explore.

Slam Dunk is an additional wonderful basketball anime series to watch. The plot revolves around a high school freshman who decides to join the basketball team in order to impress his crush and eventually becomes a legend. Almost everything is included in this anime.

There’s action, comedy, tragedy, romantic tensions, manly moments, and much more. The cast of this anime is also fairly substantial and it simply means more enjoyment. Slam Dunk follows delinquent Sakuragi Hanamichi as he joins the Shohoku basketball team and gradually grows to love the game. Sakuragi is an endearing main character.

The anime also set the bar for future sports anime. The anime’s soundtrack has also been known to inspire viewers. The basketball game is also pretty realistic to watch. Spectators claim that once they started watching Slam Dunk there’s no going back.

Ahiru No Sora revolves around entering the high school basketball group to accomplish his mother’s wishes, Sora is disappointed to learn that the team is comprised of troublemakers that have no true interest in the game.

You should watch it if you’re searching for a different basketball sports anime. And knowing Sora’s team is not interested in playing makes it more engaging.

A place where everyone except basketball is performed, but with Sora’s sincere passion for the game, things start to mix. Sora even tries to persuade his squad to change their minds.

And as the anime advances, many things become interesting. And that makes it one of the best basketball anime. Plus there are multiple characters to explore.

If you enjoy both robotics and basketball, then this anime is for you. A definite young man establishes himself in a game that incorporates basketball and giant robots. Robots and basketball seem like a perfect mix-match.

If you’re wondering about the anime’s title, Dan JD and his friends take the sport to the sidewalks, rebrand it Basquash, and then embark on an adventure to counter their previous sufferings and make their goals come true in the city of Rolling Town. Now that sounds like a whole adventure.

The show takes place in the world of Earth Dash, a parallel, futuristic Earth in which human society is divided between the innovative lunar civilization and that of the planet’s surface. We definitely like watching basketball but the touch of futuristic is better.

The story of Dear Boys follows the Mizuho High School basketball team as they attempt to win the prefectural championship. It also focuses on the relationships between the team’s members, particularly the two main characters, Kazuhiko Aikawa and Takumi Fujiwara.

This basketball anime is based on the manga and it focuses not only on the Mizuho team but also on a number of rival teams. Their story is also displayed in the anime.

The anime is popular among viewers because the team works together to make their dreams come true and propel their team to the top of the prefecture. Now that sounds like an engaging and one of the best basketball anime series.

Ro-Kyu-Bu reflects Subaru Hasegawa, a high school freshman who takes over as coach of a grade school’s girls’ basketball team when his own basketball club is dismissed for an entire year due to a controversy. It is more interesting to watch a girl’s basketball team.

Because of the amazing characters and their performances, this basketball anime has left a lasting impression on the audiences. Though the narrative is somewhat straightforward, the character development will keep it exciting.

Tomoka, a realist, and also one of the best basketball player wants to win while also maintaining a friendship with the other characters. Making friends are somewhat simple but maintaining those friendships is another challenge.

Get ready for some comedy. This anime is a lighthearted slice of life set in a Japanese school making it one of the best basketball anime.

Dash Kappei focuses on the story’s protagonist, a teenage boy named Kappei Sakamoto, that is a high school student with incredible athletic abilities who joins Seirin High School’s basketball team and rapidly becomes one of the most seasoned players.

Kappei is a master of all sports despite his diminutive stature. The anime is astounding and hilarious to watch. It’s a great show to watch when you’ve had a stressful day and want to come home and watch something funny. The characters are well-liked because of their development and humor.

Buzzer Beater is a basketball anime series about Hideyoshi, a young basketball genius, and his friends. The anime series contains plot elements and characters that were either alluded to or did not appear in the manga.

The story centers around an Earth basketball team compiled to compete in an intergalactic basketball tournament. A boisterous 14-year-old orphaned street kid who withstood on the streets by working hard for adult basketball players with his incredible skills.

The lead is pretty young and his passion for basketball is well-liked. If you enjoy playing and watching basketball, the entire anime will be a bonus for you.

If you prefer a quick fix rather than a marathon of seasons or episodes, I’ll/CKBC may be the right basketball anime for you. I’ll/CKBC is a miniseries, and the entire story is wrapped up in a few episodes.

The storyline is also quite remarkable. It centers on two adversaries who are assigned to different schools and are pitted against each other on the basketball court when one of them moves to the other’s school.

That’s a lot of rivalries to witness. As anime advances, a lot of things happen. If you like basketball and love watching squabbles, you should watch this anime right off the bat. The anime has also received positive feedback for its plot and characters. 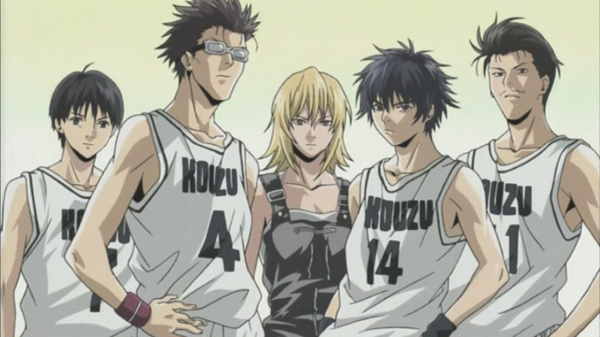 There is one thing that will pique your interest in Barangay 143. On October 1, 2020, Netflix released Barangay 143, which quickly rose to the top ten most-watched titles on Netflix Asia.

Bren Park, a Korean basketball player, recently lost his family in a terrible tragedy during a snowstorm in South Korea, prompting him to retire from basketball. However, after learning that he was his mother’s child by a Filipino man, Bren traveled to Manila to look for him.

All along the direction, he decided to join the Puzakals of Barangay 143, a local basketball team. This basketball anime has also won numerous awards, including the Asian Academy Creative Awards and the 24th Asian Television Awards. 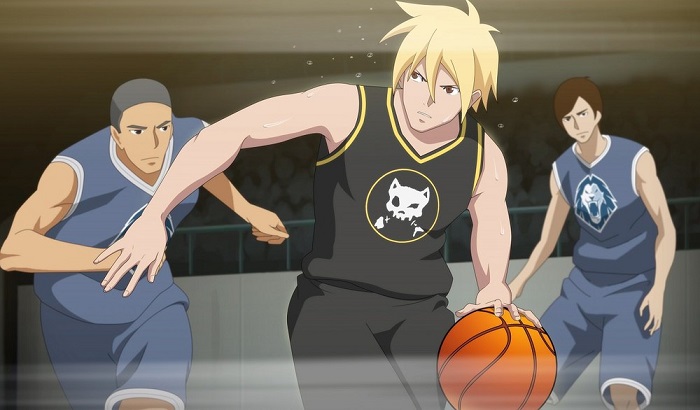 Barangay 143 is also regarded as one of the best drama series, for which it has received an award too. Now there are multiple reasons to watch it.

There are probably more amazing basketball anime that’s a must-watch. But these received great reviews from the spectators. In that case, you are welcome to drop more suggestions that we missed in the comment section below.

You can even let us know about your favorite sports. And don’t forget to stay tuned with us for more engaging content like this one.

Anime fans have long been enchanted with the fantastical world of Demon Slayer, where swords and supernatural powers…
byJoseph Stevenson

Top 17 Dark Anime Of All Time That Are A Must Watch!

If you’re in the mood to watch some dark, evil, and horrifying anime, we got you covered! Darkness…
byJoseph Stevenson

Anime has been around for a long time and still continues to captivate audiences of all ages. From…
byJoseph Stevenson