Millie Bobby Brown’s boyfriend has been all over the internet since they made their grand entry at the BAFTA awards this year. If you have been following Millie over Instagram, you must have come across the face before. While their stunning grand entry was the night’s charm, they share a special bond often seen on their social media platform.

While nothing is clear about their relationship’s longevity, Bongiovi uploaded a picture with Millie back in June 2021 with the caption bff <3. Therefore, we can expect them to be dating for around a year.

Who Is Millie Bobby Brown’s Boyfriend?

Millie Bobby Brown’s boyfriend, Jake Bongiovi, is a 19-year-old fellow currently enrolled at Syracuse University, New York. He is known for his rockstar dad’s achievements, Jon Bon Jovi, who had an inspirational career in 2010. While his dad’s passion lies in music, Jake Bongiovi wants to pursue a career in acting and is on the verge of getting a doctorate in the same.

Speaking of his achievements, it is unparalleled compared to any other 20-year-old out there. With a history of activism, Jake organized a student walkout to raise awareness against the rising use of gun violence in the States. This happened soon after 17 people were killed in Parkland, Florida, in 2018.

Currently, he has around a million followers on his Instagram profile and happily showcases his love life with Millie Bobby Brown. Well, there’s nothing better than having a relationship where you hide nothing.

How Long Have Jake And Millie Been Together? 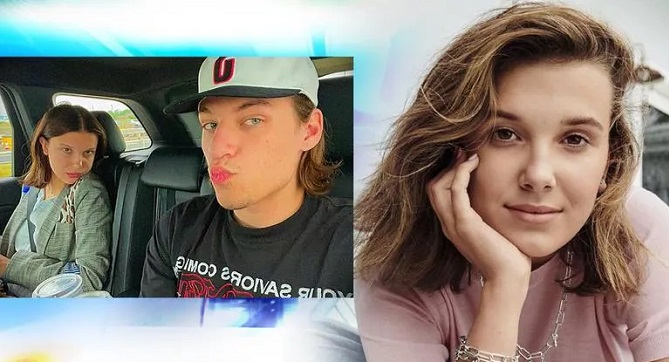 As mentioned earlier, there is no official date when they started dating, but it seems they have been friends for a long time. Their first appearance was in June 2021, when Jake Bongiovi uploaded a snap of their memorable road trip.

Similarly, their first appearance on Millie’s profile was in November 2021, which showed how close the two people could be. With a bond better than any relationship out there, Jake and Millie seem to have an inseparable connection.

Where is Jake Bongiovi situated?

While Jake Bongiovi belongs to New Jersey, we expect him to be situated in New York for his doctorate at Syracuse University. On the other hand, his Instagram profile depicts how he loves to travel and has been to different places to explore the true odds of life.

He makes frequent trips to the UK to visit Millie. Apart from that, the 2019 pandemic drastically changed everyone’s lifestyle, and Jake’s was affected as well. However, in an interview with People, Jake portrayed how he had an amazing time with his family, which they didn’t have in a decade. 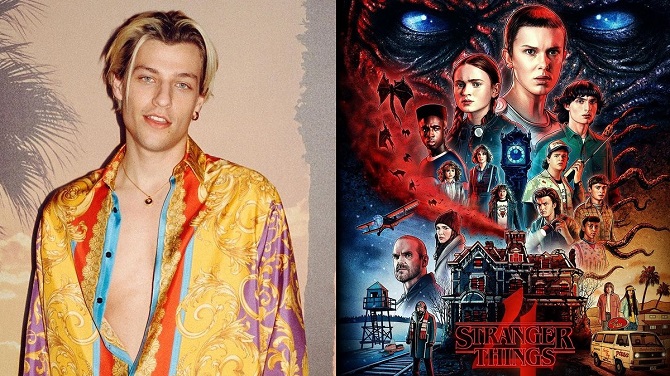 With Brown being the center of attraction, Jake and Brown made their grand entry at the Stranger Things premiere on May 14. As the stars walked down the aisle, pure affection was seen in their eyes as they posed happily.

They had matching outfits, which shows how they had everything figured out. Jake’s outfit comprised a white turtleneck which coordinated well with Brown’s long white gown. On the other hand, both wore black shoes, which shows their dedication to choosing the outfit. Quite surprisingly, they both went blonde and shared an unbreakable bond.

Jake and Millie recently attended a Harry Styles concert. With passionately in love with Jake, Millie uploaded a concert picture. Millie also mentioned one of the recent hits by Harry Styles in the caption as –
Alexa play love of my life by Harry Styles.

Millie is often seen sharing their special bond over her Instagram stories which hardly anybody can miss. Well, with all that romance on the internet, everyone must have found the answer to Is Jake Bongiovi Millie Bobby Brown’s boyfriend?

As their relationship was live on the internet, this sensational couple has brought in a dozen cute moments which are worth waiting for. From spending the perfect day together to sharing resemblances, Jake and Millie have become the favorite couple. Their social media handles are filled with memorable stories, and we have captured some of them here. Jake and Millie spent a beautiful day by the beach on Jake’s birthday. Millie added her touch of persona as she went all cute in the caption. Another such moment was captured in June 2022, when the love birds went to the hills to calm their soul close to nature. This day was shared on the internet by Jake Bongiovi under the blue sky.

The last and most favorite one is their star appearance at the BAFTA 2022 Film Awards in London, which mesmerized everyone as the two declared their love in the most Hollywood style ever possible.
Stick with their social media handles to find out answers to different questions like who is Jake Bongiovi? And Who is Millie Bobby Brown’s boyfriend?

While many couples on the internet have won hearts, there is something special about these lovebirds. Millie and Jack share a mature and special bond that is far from anything seen on social media.

Q1. Did Millie and Noah ever date?

With the rumor spreading across the town, these two teens have been speculated to share a romantic bond. They are often seen sharing a strong back behind the stage during the show’s shooting. However, they have come alive and explained how platonic their relationship is. Similarly, the audience shouldn’t speculate much as we have seen Millie and Jake totally in love with each other.

While there isn’t anything special between them, the two shares a strong friendship which is clearly seen in the interviews and show. Their friendship began when they first met on Stranger Things 2’s stage in 2016. Back then, they were just 12 and 10. Over the years, their friendship has blossomed as the show grew with the audience’s love.